The elimination of a long response error during the verification of medicinal products was carried out within the R 4.1.5 release specific to the Czech national verification system during night 23.-24.6.2019.

Testing in a modified test environment to better simulate user behavior in CZMVS (faster system load in minutes, various transaction combinations - including Inter-market transactions, better stress tests ...) found several causes of problems. The stress tests performed as one of the main causes of the problem confirmed the constant loading of the configuration script for each API query in the JSON schema.

Detailed monitoring of the system on the Solidsoft side and ongoing analysis of other areas will continue. 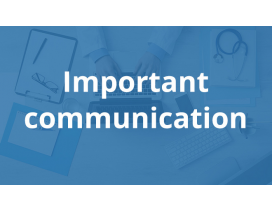