A significant number of A7 Alerts was generated in EMVS

A significant number of A7 Alerts were propagated throughout the EMVS in January. There were numerous contributing factors involved, none of which have easy solutions.

2. A large backlog of data held on a retry queue that is now being processed at an increased rate resulting in huge quantities of old alerts, many of type A7, being propagated well after the original event that caused them originally.

3. A change to the timestamping of events placed on the EU Hub retry queue has further worsened the issue for older A7 alerts being generated and forwarded by creating multiple alert instances from the same original event.

EMVO worked with the supplier to confirm that newly generated A7 Alerts will not result in a compounding effect. The large backlog of events in the retry queue was cleared and brought fully under control.

As most of the events were caused by the timestamping issue creating multiple events, OBPs and NMVOs were advised to ignore any A7 alert events older than 2021.

An excessive number of alerts (A7 for SSR markets and A24 for ARV markets) were generated on Friday 12th February 2021, resulting from a repeated decommissioning action by an OBP (probably due to a system error). As a result, over 18,000 alerts were triggered.

EMVO is in contact with the responsible OBP to understand the exact root cause and corrective actions that will be put in place.

In case of any questions or uncertainty, please do not hesitate to contact the EMVO helpdesk.

Details in attached Letters of Announcement. 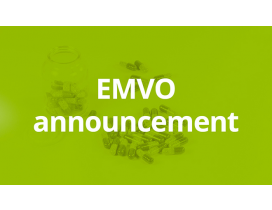