Release 11.0 was implemented to CZMVS production environment on Tuesday 18th October 2022 around midnight.

No significant functional changes have been implemented in this release; main focus was put on increasing the stability and security of the system. CZMVS is now improved to enable to investigate alerts by end-users, NCA or NOOL-CZMVO. Usage of API version 2.1 was terminated, those end-users with API 2.1 version are no longer able to verify and use CZMVS. We would like to thank all end-users that upgraded to version API 2.2. or newer one in time.

An incident occurred during the implementation of new release, when “Rate Limiting Plan” was turn on by mistake (parameter in the set up that limits number of available requests in CZMVS for individual organization in set time). Czech Republic is one of few FMD markets with exception, no rate limiting plan is used due to potential risk for large organizations during busy time verification.

An incorrect activation of this parameter caused negative impact mainly on large hospital pharmacies. NOOL team informed the CZMVS provider immediately after identification of this issue and the limits were quickly removed.

Solidsoft Reply, the CZMVS provider, was requested to implement corrective action to prevent such issue in the future. 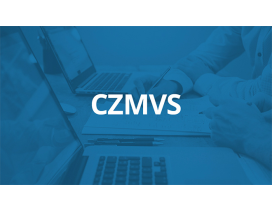