Did you know that MAH/OBP can no longer immediately close an alert caused by end user’s procedural error?

A pack state change in CZMVS can only be performed on the condition that the unique identifier of the pack is Active. If the pack has been already Supplied/Decommissioned, any further attempt of a pack state change will raise an A7 alert (Pack already in the requested change) or an A24 alert (Status change could not be performed).*

A transaction performed by an end user (pharmacy, wholesaler) resulting in a procedural error implies that the pack has been previously supplied/decommissioned erroneously, and therefore the current attempt of a pack state change is raising alerts. The MAH/OBP does not have the knowledge to determine the exact root cause unlike the end user with whom the alert was raised. For this reason the MAH/OBP may not close such alert right after the incident occurrs.

In regard to the above, we have decided to give the end user an opportunity to investigate the alert, log a report of the root cause and submit an affidavit, either via AMS or the Pharmacy information system (PIS), for the period of 9 days onwards from the day the alert was raised. The end user is allowed to subsequently close the alert and eventually dispense the pack to public, if applicable. This process is approved by the National competent authority (SÚKL).

However, if the end user fails to close the alert (for the period of 9 days as stated above), the MAH/OBP may close the alert to the state of 06f - Closed - End User process error - cannot be dispensed. In such cases the end user may reopen the alert and close it as „06m - Closed - End User process error - can be supplied“.  This action will only be allowed if performed within 9 days from the date the alert was closed by MAH/OBP, and provided the conditions stipulated by SÚKL are met.

The rationale behind this process change is to transfer the responsibility for investigation of end users‘ procedural errors to end users directly.

For more information, please view the user manual to AMS for MAH/OBP: https://www.czmvo.cz/file.php?id=733

*A decommissioned pack can be reactivated in CZMVS only on the condtions stipulated by COMMISSION DELEGATED REGULATION (EU) 2016/161, article 13:

the same premises as the person that decommissioned the unique identifier.

(b) the reverting of the status takes place not more than 10 days after the unique identifier was decommissioned.

(c) the pack of medicinal product has not expired.

(d) the pack of medicinal product has not been registered in the repositories system as recalled, withdrawn, intended for destruction or stolen and the person performing the reverting operation does not have knowledge that the pack is stolen.

(e) the medicinal product has not been supplied to the public. 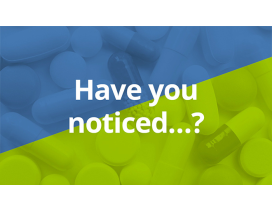