Pharmacies and wholesalers are currently enabled to resolve alerts raised as a result of a procedural error.

Thanks to a new feature that we implemented into version 5.0 of the Alert management system (AMS), it is currently possible to resolve and close alerts raised due to procedural errors directly in AMS. The whole process has been communicated to and approved by the State Institute for Drug Control (SÚKL).

Alerts of end users are generally divided into two groups, i.e., technical and procedural. We explained them in a greater detail here.

For some time, end users have been able to close technical alerts on their own if the error is fixed and a subsequent pack verification is successful. To figure out whether or not a technical error has been fixed is relatively easy. If the following pack verification does not raise further alerts and the pack is successfully dispensed/decommissioned, the technical error has certainly been fixed and the original alert can be closed.

Example: A pack serial number is incorrectly loaded to the system with lower case characters „abcdefghijklmnop“ and an alert is raised. The pharmacist notices the CapsLock is active on the keyboard, which can be easily fixed by pressing the CapsLock key. The following pack verification of the pack with serial number „ABCDEFGHIJKLMNOP“ is successful and the pack is decommissioned/supplied in the system. The pack can be dispensed to public and the alert closed. Technical error has been fixed.

In case of a procedural error however, no correction can be made. Once a pack unique identifier is decommissioned/supplied (deactivated) in the system, it can no longer be reactivated* and any further attempt of a pack state change will result in an alert.

Example: A medicinal pack is supplied in CZMVS upon delivery to the pharmacy. When dispensing to a patient, the pharmacist attempts to supply the pack in the system again, thereby an alert is raised (the pack has been supplied already).

Until recently, the alerted packs had to be retained in quarantine and eventually returned to wholesalers. Both the end user and the MAH were allowed to close the alert, however; the pack could never be dispensed.

With the new release of AMS, we have enabled end users to resolve procedural alerts directly in AMS. Even though the pack cannot be verified in CZMVS, the end user may, on certain conditions, close such alerts and eventually even dispense the pack.

For a period of 9 days from the alert date the end user is able to investigate, document the root cause and provide an affidavit via AMS or Pharmacy information system (PIS). All the steps can be easily made with a few mouse clicks.AMS will also provide a direction on how the pack should be handled.

If, however, for some reason the end user does not close the alert within the 9 days, the MAH will be enabled to close it to the state „06f - Closed - End User process error - cannot be dispensed. In that case, the end user may re-open and close the alert for another period of 9 days to the state 06m - Closed - End User process error – the pack can be supplied, supposing the conditions stipulated by SÚKL are met (AMS notifies the end user that the pack can be dispensed to public).

The objective of this change is to reduce the number of authentic packs held in quarantine and also to transfer responsibility for closing alerts to end users, whose knowledge of the root cause is more relevant over the information known to MAH.

What are the steps?

For an alert informing that the pack cannot be decommissioned/supplied or that the pack has been already decommissioned/supplied, click the „Process error resolution“ button in the alert details and select the root cause and details from the drop-down boxes. The AMS will inform you about the resolution, i.e. whether or not the alert has been closed and whether the pack can be dispensed.

More information can be found in our manual for MAH and OBP, in the End users‘ procedural errors section.

A complete overview of all possible scenarios can be found in „The list of end users‘ procedural errors at the end of the document. 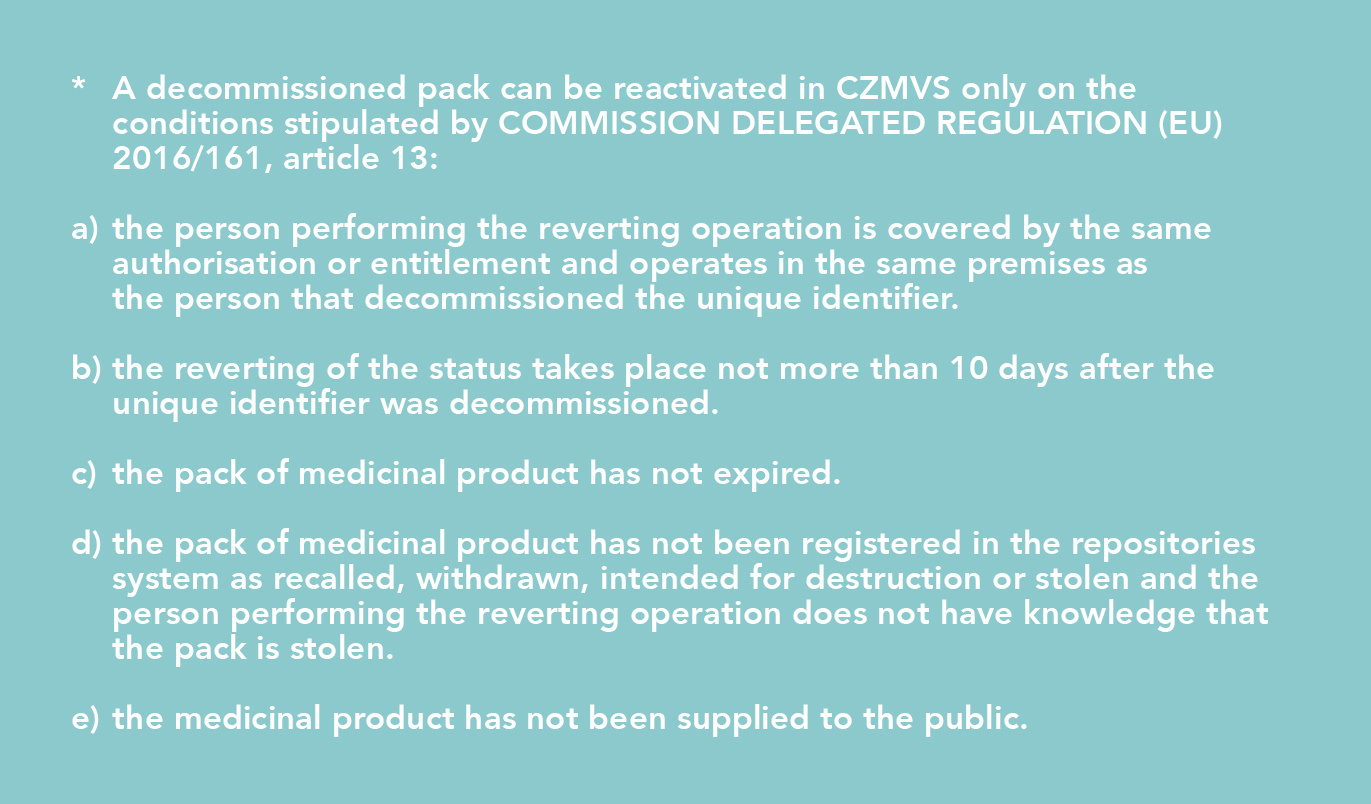 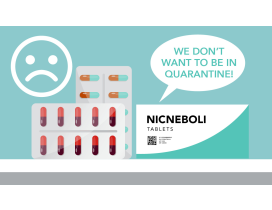